Frgály are a Czech sweet specialty, made nowhere else in the world.

They taste a bit like butter and smell like rum and could be filled with pears, tvaroh, poppy seeds, plum butter, blueberries and other fruit fillings.

Frgál is a special kind of kolach, made from thinly rolled out leavened dough, filled with sweet fillings. Streusel is sprinkled on the filling, called „posypka“ in Wallachia.

It’s common that the layer of fillings and streusel is taller than the dough itself.

After taking it out of the oven, it is commonly greased with butter mixed with rum.

Frgál is round, about 12 inches (30 cm) in diameter, and is traditionally baked in an Eastern Moravian region known as Valašsko (Wallachia).

Where Does the Word Frgál Come from?

Like many other delicacies, frgál was originally a mistake.

When a clumsy cook failed at making kolach, she got angry and called it a frgál, a word in Wallachian dialect used to represent flawed products.

Lopaťák comes from the Czech word lopata (shovel), so it meant a kolach sized as a shove.

Pecák stems from pec (wood-fired oven), used in the past to bake pies and other pastry.

Frgály are prepared from leavened dough, which contains a lot of fat. As such, it needs more time than normal leavened dough to leaven. It takes at least hour and half.

Before leavening, split the dough into buns about ¾ lb (330 g) in weight, which is how much you need for a single frgál.

Lay down the leavened dough onto baking paper and roll it out into a thin circle. Raise the rim a bit so the filling does not come out.

Frgály are most commonly filled with jam from dried pears, plum butter, poppy seeds, or quark. There are other options to fill the frgály such as blueberries.

Because we live at the foot of the Jizera mountains, we pick blueberries in the forest, where they grow in abundance. I used the first blueberries I picked this year as frgály filling. 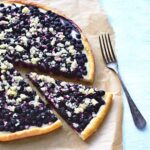 We will also need:

The edge of the pie is finished before the center. It is hidden under a layer of streusel and filling, and it takes longer for it to bake. Take care so the rims aren’t golden brown, but the center is raw. 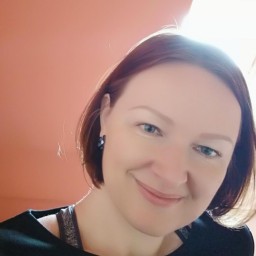